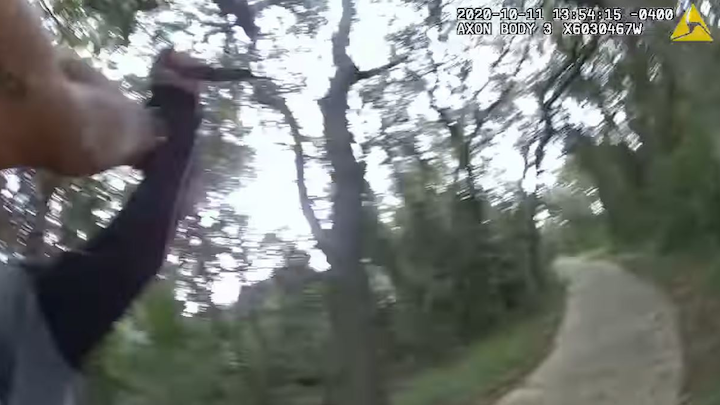 Hillsborough County Sheriff’s Deputy Charles Williams was hospitalized with a cut on his neck and released Monday morning.

TAMPA — A 21-year-old man stabbed a Hillsborough County Sheriff’s deputy in the neck on Sunday, according to police.

Deputy Charles Williams was hospitalized with a cut on his neck and released Monday morning, the Sheriff’s Office said in a news release.

Deputies responded about 12:40 p.m. Sunday to a home in Fishhawk Ranch in Lithia, according to the news release. They were called there to help workers at Gracepoint, a Tampa behavioral healthcare provider, with an involuntary mental health evaluation on Furgason.

Furgason at first cooperated with deputies and Gracepoint staff, according to the Sheriff’s Office. After about an hour of discussion, medical officials decided they would admit Furgason to Gracepoint under the Baker Act, a Florida law that allows for the involuntary commitment of someone believed to be a harm to themselves or others.

Upon learning he would be going to Gracepoint, deputies said Furgason ran away into a wooded area. Williams ran after him while another deputy, Nicholas Cruz, followed behind in a marked patrol cruiser.

Williams caught up to Furgason and, according to the Sheriff’s Office, “used deescalation techniques” to calm Furgason down. The Sheriff’s Office released body camera footage that begins with the deputy facing Furgason on a paved trail in the woods.

“Why are you running, dude?” the deputy asks him. Furgason doesn’t answer.

“Are you scared?” the deputy asks.

Williams then explains that Furgason isn’t in trouble, but he has to put him in handcuffs to keep him from running away again. He approaches Furgason and grabs his left arm. Then, the video shows Furgason jerking toward the deputy and the deputy can be heard screaming.

According to the Sheriff’s Office, Ferguson stabbed Williams in the neck with a knife. Furgason ran away, and the deputy followed, yelling at him to stop. The body camera video shows him pointing his gun toward Furgason and yelling into his radio that he was stabbed in the neck.

Williams then pulled out his Taser and got close enough to Furgason to use it. Williams and Cruz detained Furgason, and Williams applied gauze to his wound. Later in the body camera video, deputies picked up what appeared to be a small hunting knife from the ground beside Furgason.

Furgason was booked into the Falkenburg Road Jail on Sunday evening. He remained there Monday evening in lieu of $27,500 bail, according to jail records.

You may have missed

Hydrate Your Skin And Make It Plump With Hyaluronic Acid Serum